Published — by us — in time for the longest day, we’re delighted to be announcing the publication of A Midsummer Night’s Dream from the Bodleian First Folio on 24 June, the traditional quarter day midsummer. However you celebrate the longest days of the year, we wish you happy revels. May none of you wake with a donkey’s head!

(AS THE FIRST FOLIO TITLES IT)

One of the most enduringly popular of Shakespeare’s plays, A Midsummer Night’s Dream is taught in many schools and — on one website at least — makes it into fourth place on a list of Shakespeare’s “top ten greatest” plays. 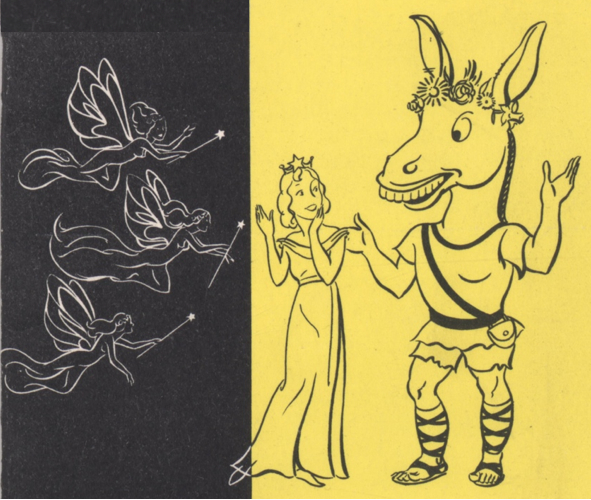 A Midsummer Night’s Dream wide reach, in a Colman’s mustard advertisement from 1900: http://johnjohnson.chadwyck.co.uk/

The charm of its fairies, its quarelling lovers who pair up in the final act, and the enduring comedy of its rude “Mcehanicals”* make it a particular favourite for school and outdoor productions. Yet this is not a play of caprice and harmless make-believe: there is deliberate cruelty, manipulation, a custody battle, and a forced marriage. As Emma Smith points out in a podcast, the cross lovers explore sex and sexuality rather than celebrate marriage, sometimes to the shock of an audience expecting woodland wit and whimsy. 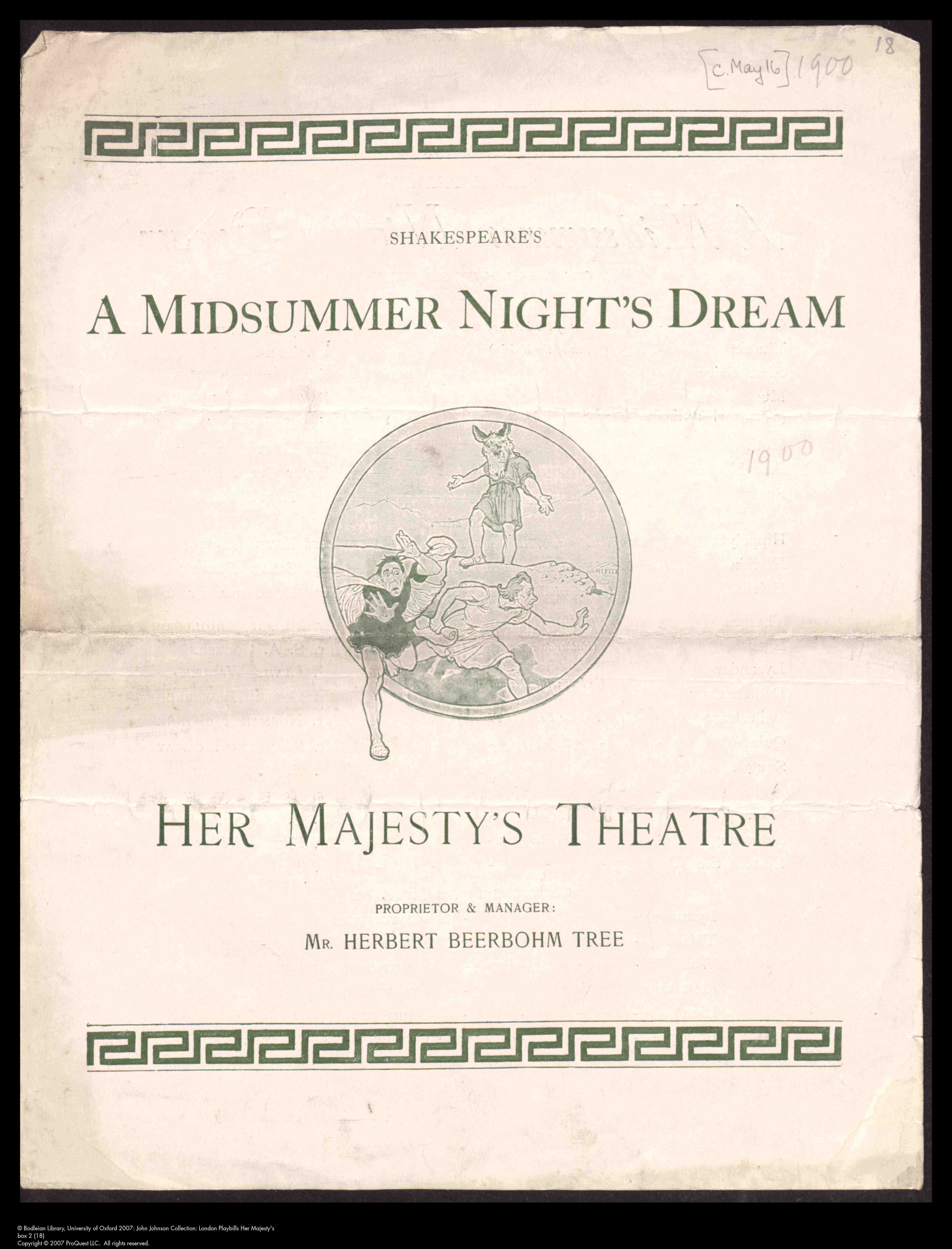 A whimsical theatre programme for A Midsummer Night’s Dream, 1900, from: http://johnjohnson.chadwyck.co.uk/

First performed in the mid 1590s, this play was published in quarto versions in 1600 and 1619. You can read and compare them on the British Library’s excellent Shakespeare in Quarto website.

The version in the Bodleian First Folio has been well read. One page (folio O2) has a damaged corner. Two tears have been patched with heavy paper, probably in the early eighteenth century, in an attempt to repair the damage. Actually, though a careful repair by someone who cared for the book (possibly a member of the Turbutt family), the heavy paper risked causing further damage by putting a greater strain on the paper supporting it. This repair, and others like it, were stabilized by colleagues in Conservation and Collection Care.

Emma Smith’s podcast on the play from her Approaching Shakespeare series uses modern and early modern understandings of dreams to uncover less expected themes of the play.

Our colleagues at the Folger Shakespeare Library have created excellent teaching resources on the play.

Notable film adaptations of A Midsummer Night’s Dream include those directed by:

Musical works inspired by the play include:

Wikipedia has a list of ballet and works of fine art inspired by the play.

If you are in Oxford this July, you can watch Tomahawk Theatre‘s production of the play at Oxford Castle.

* A typographic error in the First Folio renders “Mechanicals” like this (Comedies, p. 153).